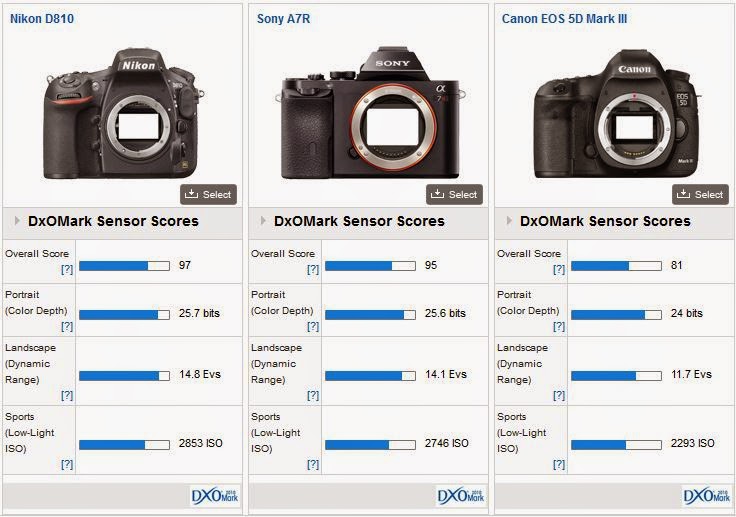 Nikon announced their D810 camera about 3 months ago. This is a follow on model to their highly successful D800. The D810 comes with a new FX-format CMOS sensor with no optical low-pass filter, the latest EXPEED 4 image-processing engine, and a 36 MP sensor with a standard range of sensitivities from ISO 64 to ISO 12800 and a burst rate of 5 fps.

By the way, Nikon issued a service advisory for the newly-released D810. It seems some models were experiencing a ‘thermal issue’ when long exposures could cause bright spots to appear on the images. If you own the D810, check the serial numbers here, but if you are planning to buy one, look for the Blue Dot sticker on the box like the photo below. It indicates the problem has been addressed. 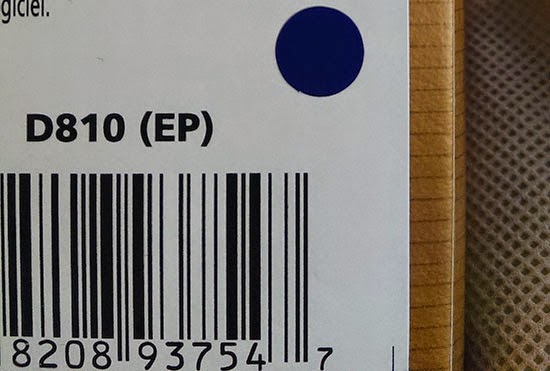 The Canon EOS-5D Mk III was launched about two and a half years ago. It comes with a 22MP CMOS sensor, DIGIC 5+ Image Processor, 61-Point High Density Reticular AF and an extended ISO range of 100–25600 and a burst rate of 6 fps.

Many pundits have put forth their own analysis of Canon vs. Nikon comparison over the years with charts and graphs on many different models but I like to point out in today's camera technology, a two year+ difference in launch dates can represent an almost entire new generation in technology sometimes. So any side by side comparison should take this into account because the other company will always come out with another follow on model later, incorporating the latest improvements.