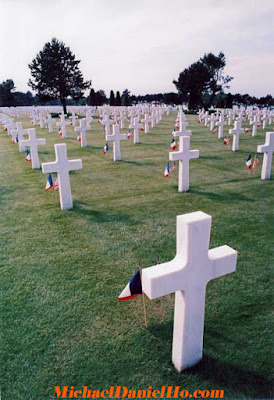 Canon Europe and Getty Images have revealed a series of iconic images, shot by some of the world’s leading photographers, which represent defining moments from the past decade and bring to light the power of photography and the role it plays in helping to affect change around the world…

Known for enabling people to tell the stories that need to be told, the Canon EOS 5D series celebrates its 10th anniversary with an initiative that showcases ten amazing images that tell some of these stories. From exposing the use of chemical weapons by the Syrian army, to uncovering illegal logging of rare and endangered trees in Madagascar, the EOS 5D has been the camera of choice for many professional photographers over the past decade and has captured some of the world’s most significant and important moments.

To view all the images and the amazing stories behind them, visit Canon’s Showcase within the Come and See website. The images will also be available to view as part of a special anniversary exhibition within Canon’s space during the professional week at Visa pour l’Image 2015, the annual festival of photojournalism held in Perpignan, France, from August 31 to September 6 2015.

All photographers, from amateurs to professionals, both smartphone and camera users, are invited to share an image that they feel represents a story of change. A panel of award winning judges, including Canon Ambassador Brent Stirton and Getty Images photographer Toby Smith, will select the winners. The Canon Iconic Images competition will run in 19 European countries (UK, France, Germany, Spain, Netherlands, Belgium, Austria, Norway, Denmark, Finland, Sweden, Switzerland, Portugal, Hungary, Poland, Slovakia, Czech Republic and Russia) from September 1 until October 2 2015.

For more information please visit the ‘Iconic Images’ competition page within the Gallery section of Canon’s ‘Come and See’ website.

“Since the launch of the original EOS 5D in 2005, the series has grown to become one of the most popular camera ranges of all time. Ten years on and now with four iterations under our belts, we’re showcasing today at Visa pour l’image how the EOS 5D series has enabled photographers around the world to tell some of the most important stories throughout the past decade,” said Kieran Magee, Director, Professional Imaging Group, Canon Europe. “We’re incredibly proud of what has been achieved over the past ten years and want to invite everyone, both amateur and professional photographers, to share their own iconic stories and join us in celebrating the power of photography.”

Although Canon recently released their latest version, the EOS-5Ds and EOS-5DsR, I will not be buying this model because it is not the right tool for my wildlife photography. I will be waiting for the EOS-5D Mk IV, coming out in a few months. You can see many wildlife and travel images taken with my EOS-5D cameras through the last decade on MichaelDanielHo.com