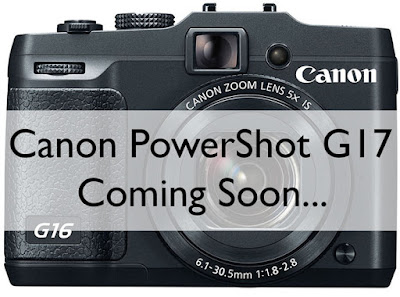 Canon recently announced the PowerShot G3X  camera. The G1X II and PowerShot G16 was released in 2014 and 2013 respectively.. The G1X II was my favorite PowerShot camera in the lineup but now the G3X has given the G1X II quite a bit of competition. Now Canon may be ready to release the PowerShot G17 camera as well, perhaps some time in October 2015.


The new camera may be slightly bigger and heavier than the G16 and the faster lens and larger sensor will be a welcome improvement in the PowerShot lineup.