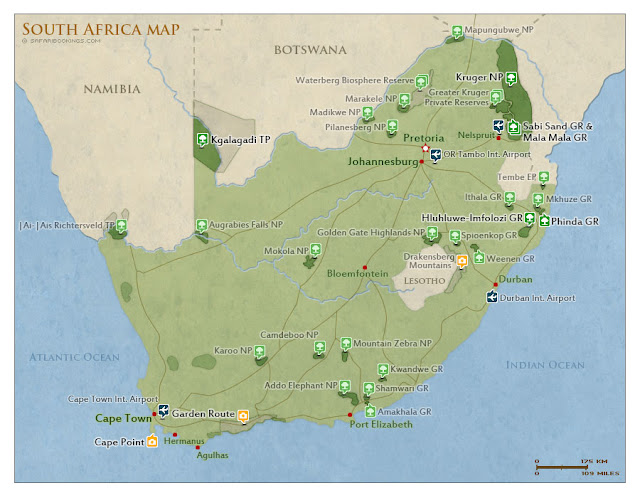 I am off on a wildlife photography tour in South Africa. My readers know I was scheduled to go on this trip about 3 weeks ago but was prevented from boarding the plane at the airport due to some obscure South African Immigration rule requiring a certain number of blank passport pages. Right now is the high season for wildlife safaris down there. It took me a long time and additional expenses to sort things out with the lodges, airlines and U.S. Passport Office. With the help of my travel planner, I am finally able to re-book the trip.

My journey takes me to Kruger National Park and several neighboring game reserves. Kruger is one of the largest national parks in Africa, with an area of about 7,600 square miles. That is larger than a few states in the New England region of the U.S. The reserves adjacent to Kruger National Park, Timbavati and especially Sabi Sand and Mala Mala are famous for its populations of Leopards and Cheetahs.

The park and surrounding reserves are excellent places to capture 'Big Five' images of Lions, Leopards, Elephants, Rhinos and Cape Buffaloes plus Giraffes, Zebras, Cheetahs, Hippos and many more. There are also hundreds of species of birds to marvel and photograph for the ornithologist in many of us.

The reserves are characterized as ‘savanna bushveld’ with 6 different landscape types : acacia woodland, open woodland, mopane woodland, combretum woodland, mixed combretum woodland and mixed veld. The critically endangered African wild dog is also a regular visitor to these areas. The larger and rarer antelopes such as Roan, Eland and Tsessebe may also be seen but their numbers are still critically low.

Today is World Rhino Day. South Africa is the epicenter for the fight against poaching of endangered Rhinos. They have the most number of Rhinos left in the wild so poachers are flocking to Kruger National Park from neighboring Mozambique. The park rangers are doing a valiant job trying to stop the carnage but it is an arduous battle since their limited resources are over-whelmed by the poachers' increasing savagery and sophistication. 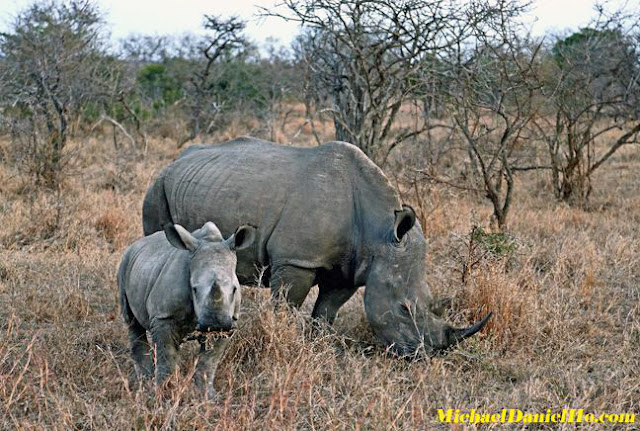 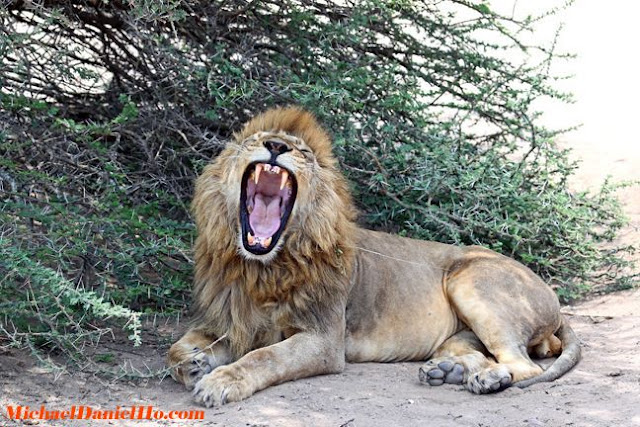 I will try and make a few blog posts and keep you abreast of any breaking photography news. time and energy permitting. In the meantime, you can visit my website MichaelDanielHo.com to see more wildlife photos from my previous trips.