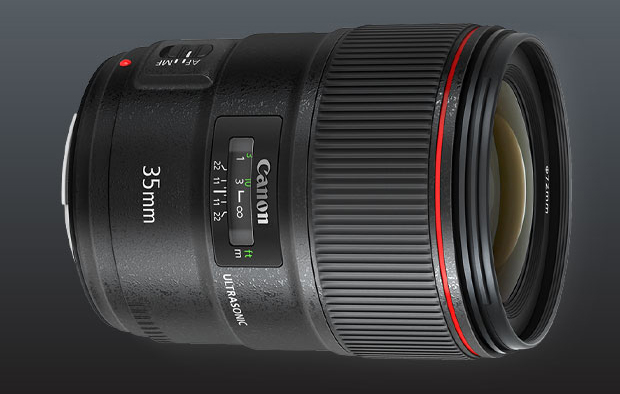 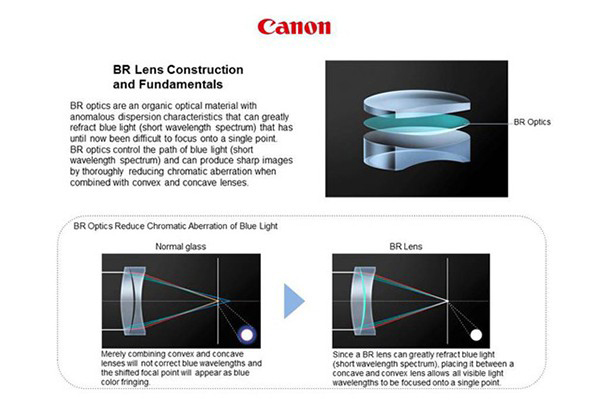 The new Canon-developed BR optical element offers characteristics that significantly refract blue light, which lies within the short-wavelength range, to achieve impressive levels of chromatic aberration correction for outstanding imaging performance. The BR optical element, positioned between two glass lens elements to create a BR lens, will make its debut in the new EF-35mm f/1.4L II USM lens, which is scheduled to go on sale in October 2015.

Natural light, or white light, comprises a spectrum of wavelengths, or colors, each of which realizes a unique refractive index when passing through a lens. As all colors do not converge on the same point, this disparity causes chromatic aberrations, or color fringing, to occur in an image.

Canon develops optical elements by reviewing organic optical materials, beginning with the design of molecular structures, with the aim of achieving optimal chromatic aberration correction that suppresses color fringing. With the successful development of the BR optical element, which offers unique light-dispersion characteristics that significantly refract blue light - a wavelength that, until now, had proven particularly difficult to converge to a specific focal point - Canon is able to develop lenses that result in outstanding imaging performance by correcting chromatic aberrations at an exceptionally high level.