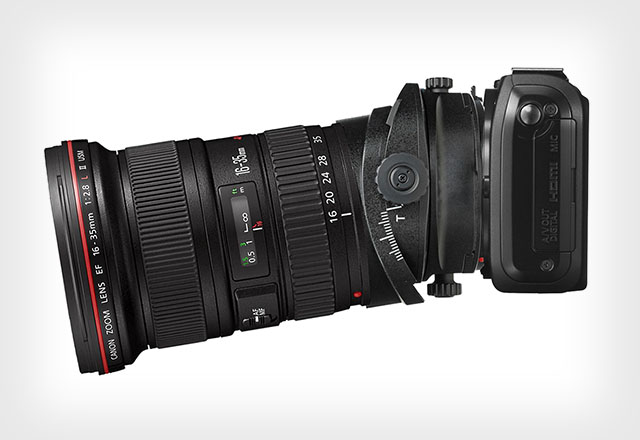 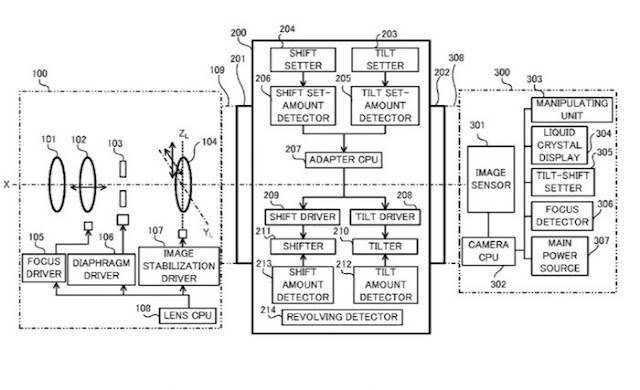 Canon has patented an ingenious electronic Tilt-Shift Adapter that can be used with any EF lens.

The patent application explains the process :

The patent application explains the process :

In addition to IS lenses, the patent also discusses the possibility of using sensor shift image stabilization in a similar manner. However, the adapter may not be able to operate on some older cameras.

"This embodiment drives the image sensor 301 instead of driving the image stabilizing lens 104.

[0080] The camera body 300 has an image sensor driver 309 configured to move the image sensor 301 in the Y c and Zc directions orthogonal to the center axis X. This configuration provides an image stabilizer configured to stabilize an image. The other entire structure is similar to that in the third embodiment . . . . "

For a look at the complete Canon Tilt Shift Adapter patent application, click here to download a copy.