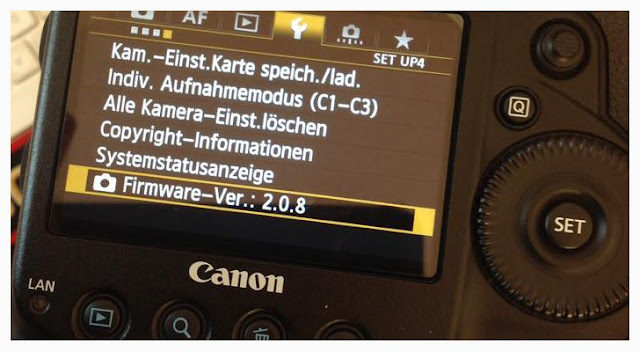 
Canon returned my camera equipment after servicing a few days ago. Among them is my EOS-1D X camera. Except now it has Firmware Version 2.0.8 loaded on it. This is nothing unusual. The Service Department routinely installs the latest firmware available to them. I doubt this version will have anything major. Probably mostly minor fixes to a model awaiting upgrade. Canon should make the new firmware available to the general public soon.

With the announcement of the EOS-1D X Mk II expected in Q4 of 2015, the time for any major software upgrade has been exhausted already. After all, Canon released their last major firmware upgrade on May 2014. That version was the Firmware 2.0.3