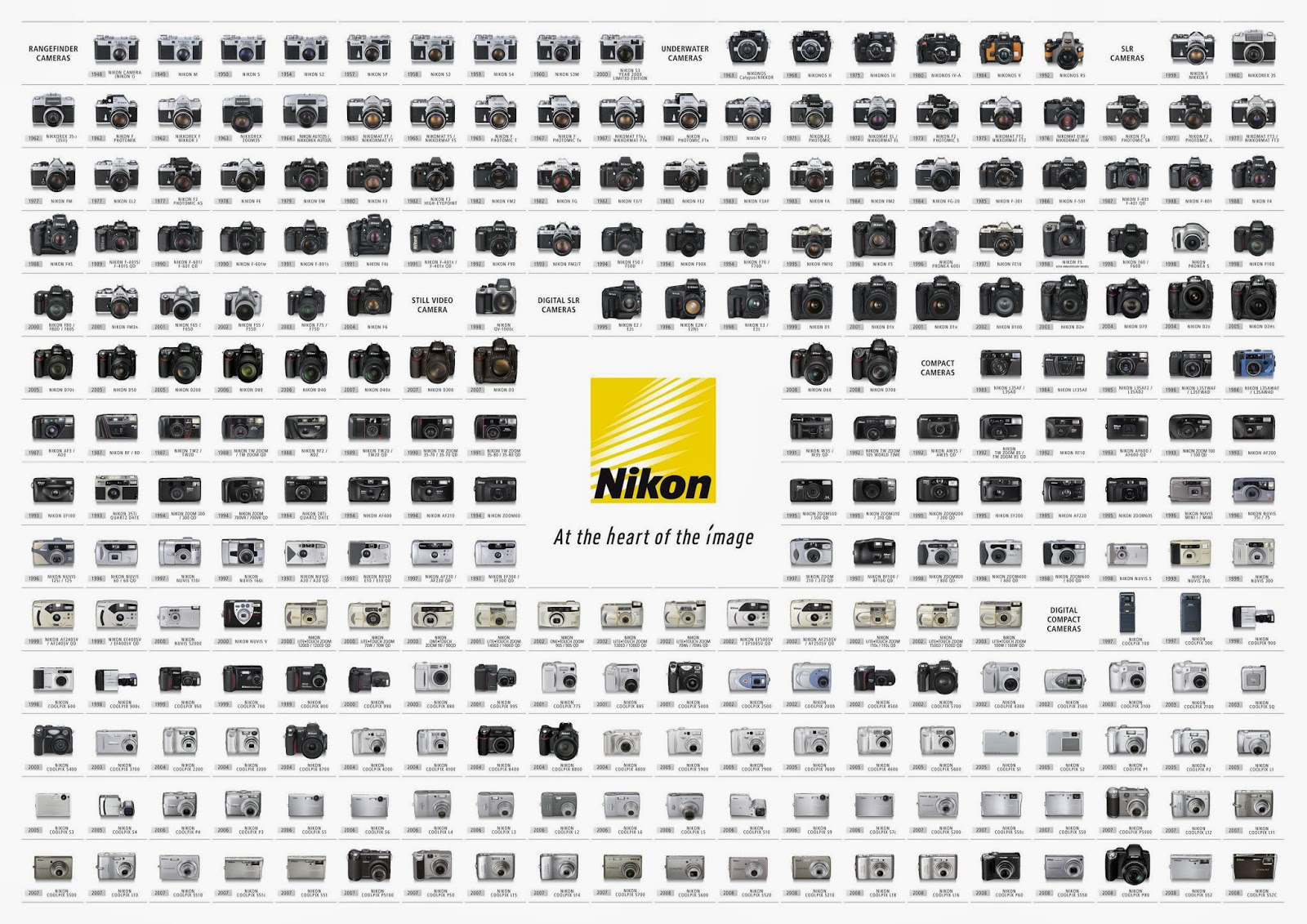 Nikon is expected to announce the top-of-the-line D4s camera next week. Perhaps to increase the excitement, they have released a high resolution poster of their cameras from the last six decades. For some unexplained reason, the cameras stopped at the year 2008. The D4s will go up against the highly acclaimed Canon EOS-1D X camera with its recent Firmware 2.0.3 update, released in January, in anticipation of the upcoming Nikon D4s camera debut.

In the interest of giving both sides the same opportunity, I have included a Canon poster of their cameras since the 1930. MichaelDanielHo.com 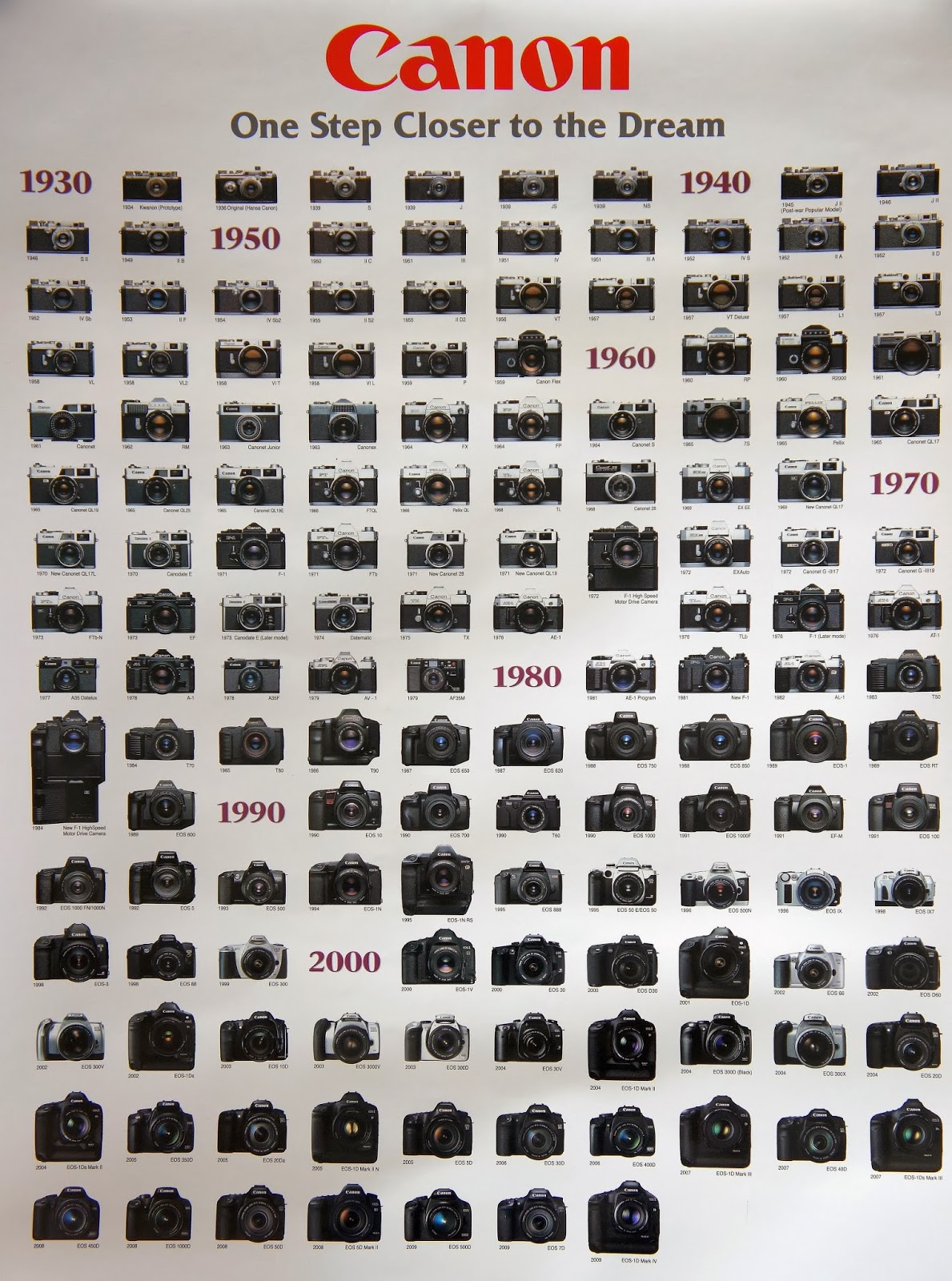