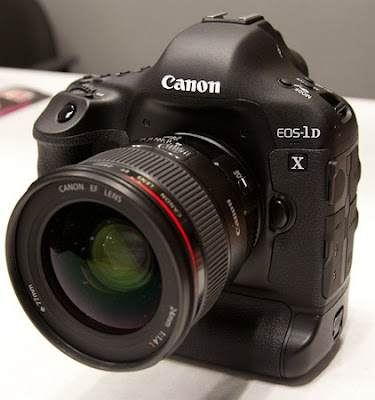 Canon released a Firmware update 1.1.1 in October, 2012 for the Canon EOS-1D X that enabled the highly sensitive auto-focus center-point to be used with apertures down to f/8. Apparently, there are a small number of EOS-1D X models out there that are not center-point focusing using f/8, despite the firmware. Apparently this happened to EOS-1D Xs that were sent in for service and returned with a firmware update.

To find out if your model is affected, check the serial number, if the sixth digit is a 4 or 5, then open the battery compartment and look out for a white dot in the position shown in the pic below. If the small white dot is there, your camera is not affected.