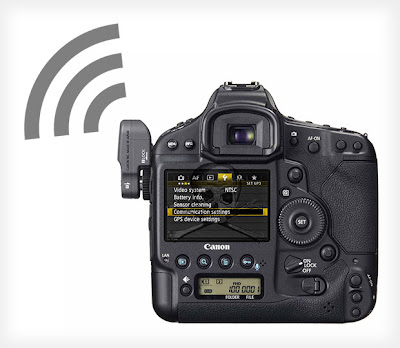 Last month, at the hacker conference Shmoocon, two German security researchers, Daniel Mende and Pascal Turbing reported on findings that Internet-connected cameras can easily be exploited and turned into spy cams. The researchers were able to take advantage of a security flaw in the Canon EOS-1D X camera, stealing information sent to a network from the camera and taking complete control of the camera itself.

Unlike computer servers, cameras have no internal logs that would allow unauthorized accesses to be detected and / or discovered after the break in. The problem also extends to memory cards that add that type of connectivity to non-connected cameras.

Here is the two researchers' video presentation on YouTube detailing their findings and sharing tips on how to keep WiFi equipped cameras and network connections secure. Basically, it comes down to this simple advice : Use WEP. If you own a camera equipped with WiFi, use WEP. You are taking a risk if you are not.