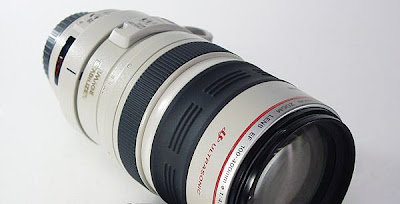 Canon is expected to be busy the second half of 2013 announcing a few new lenses and perhaps a couple of DSLR bodies as well. One of the long-rumored lenses expected to be released is the EF 100-400mm f/4-5.6L IS L II. The current lens has been around since 1998 and showing its age, although it is still a top performer for me and one of my favorite wildlife lenses. Read my earlier post on Canon lens recommendation.

Nikon recently released their 80-400mm VR AF-S lens and now Canon may be ready to response, perhaps some time in mid summer by announcing the EF 100-400mm replacement. The new lens is expected to be slightly faster (f/4) on the short end and tops out at f/5.6 on the long end. Prototypes have been sighted in Asia on field tests and no specifications have been leaked but the weight and price are expected to higher, perhaps around 3.5 pounds and roughly the same list price as the EF 28-300mm f/3.5-5.6L IS, at $2,689.

The Japanese Yen has weakened dramatically in the last few months, a strategy engineered by the new government in Tokyo. Canon has forecasted a big increase in their net profit for the fiscal year of 2013, not from increased sales but from the depreciated Yen.  Once Canon has finalized their design and manufacturing processes, they should be able to move to capitalize on the 'cheap' Yen and start releasing more new products.