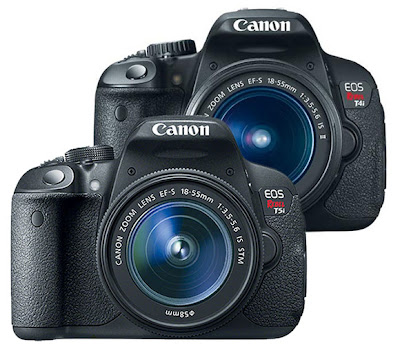 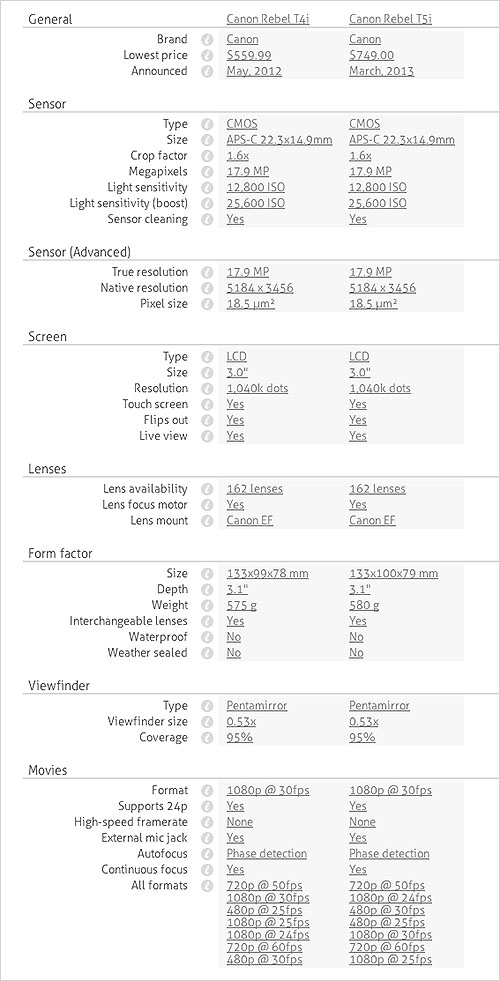 In my earlier post, I questioned the wisdom of Canon introducing a 'new' Rebel camera almost every year. The above chart speaks volumes about the Rebel T5i and the Rebel T4i cameras. You can judge for yourself.

Like I said before, the recent Canon new cameras are at best sleepers. It is better to have no new products than to over promise and under deliver on new introductions. Slick marketing brochures and glib sales chatter can only go so far. Bring out the new Canon EOS-70D and EOS-7D Mk II cameras and tell the photography world when the megapixel successor to the EOS-1Ds Mk III camera, the EF 200-400mm f/4L IS 1.4X lens and a few other 'L' lenses being field tested, will come out. That would be news worth having instead of releasing a really small DSLR or another 'new' Rebel for 2014.