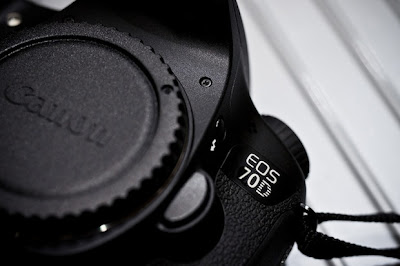 Canon has delayed the announcement of the EOS-70D camera until June, 2013. The reason may be because they have yet to finalize which sensor to put in the new camera. Originally, we were led to believe the new EOS-70D will share the same sensor as the recently introduced EOS Rebel SL1, the world's smallest DSLR camera. Now it seems Canon is trying to decide whether the 70D should share the same sensor as the upcoming and long awaited EOS-7D Mk II.

Since the EOS-60D is powered by the DIGIC 4 processor, the EOS-70D will most probably be powered by the DIGIC 5. Canon likes to introduce their newest processors on the Rebel line of cameras first, so I would expect DIGIC 6 to come out on the next Rebel camera. For the record, Canon had introduced the DIGIC 6 processor in the PowerShot SX280 camera recently. There may be a new EF lens accompanying the 70D's introduction. Once the official announcement is made, delivery should commence in about one month. Check back for more updated information as they become available.

Great read, thanks for the info might have to look into this further!

Get many Canon cameras & accessories at a reduced price here

Hi Alisdair. Looks like the EOS-70D camera is scheduled to come out in July. Keep checking back for the latest info.