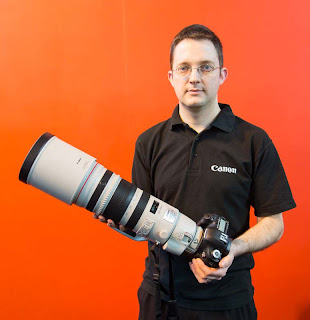 The recently concluded NAB Show in Las Vegas, Nevada shed a bit of light on new Canon products and announcements coming up later this year. Chuck Westfall from Canon was doing video interviews and talking 'freely' about Canon and features on their new cameras and video products.

The long awaited EF 200-400mm f/4L IS 1.4X Super Telephoto lens also made an appearance. Apparently Canon has concluded their design on this lens and the finalized test versions are being manufactured right now before mass production begins. The expected launch date is late Summer to early Autumn of 2013.

This is a big and rather heavy lens and the list price is expected to be over US $10,000. Read my earlier post and see the hands-on review of this pre-production lens in action.